How to Grow Currants & Gooseberries

Growing Conditions, Habit and Zone
They will tolerate a range of soil types but prefer a rich, moist well drained soil high in organic matter. It is best to avoid water logged soils and areas that have low spots where a frost may settle in the spring. Northern exposures are a good location that will provide afternoon shade but it must be an area with good air circulation to prevent disease. Disease and insect resistance varies according to variety and type. They are either upright or spreading and range from 3-6 feet in height depending on type. Leaves of currant and Gooseberry are similar but only Gooseberry will have thorns.  Most currants are hardy to Zone 3 with a few varieties being more cold tolerant. Gooseberries are hardy to Zone 4-3 depending on cultivar.

Red Currant (some find them less susceptible to WPBR)

Pollination/Reproduction
Black Currants require pollination from insects such as bees due to the structure of the flowers, and will bear a heavier crop if there is cross pollination from a different black currant near by. Gooseberries, Red and White Currants are self fruitful and don't require different types of cultivars nearby for cross pollination. Since they flower early in the spring good air drainage is required to prevent frost damage when they are in bloom so avoid planting in low spots.

Season of Harvest
Remove the flowers during the first season of your plant to avoid fruit production and encourage root growth. By year 3 you will have a heavy crop. Gooseberries and Currants produce fruit on 2-3 year old shoots and very little fruit is produced on four year old so pruning is important to obtain a continuous harvest from year to year. The plants should remain productive with pruning for 8-10 years. The berries will ripen over a two week period and can stay on the bush for a week without risk of dropping when ripe. Gooseberries will turn red to pink when they are ripe and be picked individually but beware of thorns. Currants can be picked in a long clusters. There is some trial and error to know when they are ripe and they can be stripped from stems later.

Pruning
In late winter or early spring when your plant is dormant you can prune. Leaving 3 to 4 shoots from each years growth so in total you should have 9-12 shoots. Remove 4 year old growth to encourage new growth. Also remove any branches that are low or touching the ground to keep the fruit from being damaged. Also remove any branches that are slow leafing out or are sick with diseased tips, make sure to destroy these branches and not put them in your compost.

Common Diseases
Powdery Mildew: Some varieties are susceptible to powdery mildew a white fungus that covers new leaves and shoots as well as the Gooseberry fruit. It will stunt the growth of the plant but can be controlled with fungicide and good air circulation can prevent it from occurring on your plants. It will appear in your garden after humid weather.

Anthracnose: Also know as leaf spot it frequently effects black currant plants, less frequently red currants and Gooseberries. It appears as small brown spots on the leaves in mid summer-late fall and can cause defoliation even reducing the potential for growth for the next season. Since the fungus survives the winter it is best to clean up fallen leaves and destroy them in the late fall or early spring before the buds burst.

Currant Borer: Contrary to the name this pest will also affect Gooseberries as well. In mid June moths appear and lay eggs. The larvae bore into the center of the shoot (pith) and feed on the plant. The leaves become sickly and if you prune them there will be a dark hole in the center of the stem which is their tunnel. The best solution is to prune until there is no longer a dark hole in the stem.

Scale Insects: These pests suck juices from tender wood of the plant both currant and gooseberry can be effected by either round or oyster shell scale.

Aphids: Red currant is particularly susceptible to aphids that will fed on the underside of the leaves and the tips of the shoot. They suck the sap from the plant and sometimes ants will farm them for the honey dew they secrete which can cause sooty mold. Aphids come in a range of colours green, black and peach coloured insecticidal soaps can be effective.

Currant Sawfly: They are able to strip the plant of all its foliage so it is best to monitor the plants in the spring and kill any greenish worms with black spots about 20mm long. They feed on the edge of the leaf.

Currant Fruit Fly: A pest that over winters in the soil that will result in a maggot in the center of every berry. When the currants are blooming the adults emerge from the soil and the female lays her eggs in the flowers that will develop into a berry. These eggs become maggots that feed in the berry causing it to ripen prematurely and many will drop to the ground before harvest time.

What are Beneficial Nematodes?

How to Grow Blueberries

Nova Scotia has some of the best weather and soil conditions for growing blueberries. This year try growing some in your own backyard! 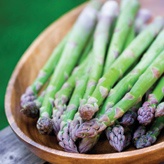